I can believe this song was meant to be his gift to Rihanna to record, but aren’t we glad he actually took it on instead? The minimal R’n’B beat is indeed part of what establishes this comeback from one of the greatest musicians of this millennium, it can be listened to with your feet up or danced to in a club. Ed does manage to blend genres well, and the result shown is one of musical genius.

We had them messages earlier in the week hinting to lyrics for the songs and I am glad they make more sense as lyrics to separate tracks than the same song. This song is easy going and just a nice track to enjoy the return of Ed to the music scene. This does build the anticipation towards the ÷ album (glad he is keeping to a theme).

Ed Sheeran will undoubtedly be topping charts all around the world, either with ‘Shape Of You’ or ‘Castle On The Hill’. Two very different tracks, but very significant and strong songs to enter into 2017 with. Get yourself moving to this taster of album three while we wait for its release later this year.

This band was one of those that I loved to hear from the very first song. With a great hard-rock vibe mixed with some well-seeded humour. Bowling For Soup have always been a must-have addition to my music collection. The latest song, ‘Hey Diane’, is no exception. They can tell some brilliant stories within their lyrics, and Diane looks like another great character for them to mine.

The lyrics state about how much Diane means to them, Jaret even mentioning how she fixed his hoodie (Frank Turner hoodie, wish I had one of those!). The band always seem to have this energy that I can’t see matched by any other band. The band released their first album in 1994, and their style has remained consistent and addictive throughout their career.

‘Hey Diane’, from the latest album Drunk Dynasty is definitely a hit. Using Pledgemusic again, the band have struck gold by creating another incredible piece of music. I will be listening to the album very soon (I can almost hear the fans shouting at me as I haven’t listened to it yet! I am sorry!). But if this first song is anything to go by, I can imagine the rest of the album will sound bloody awesome! 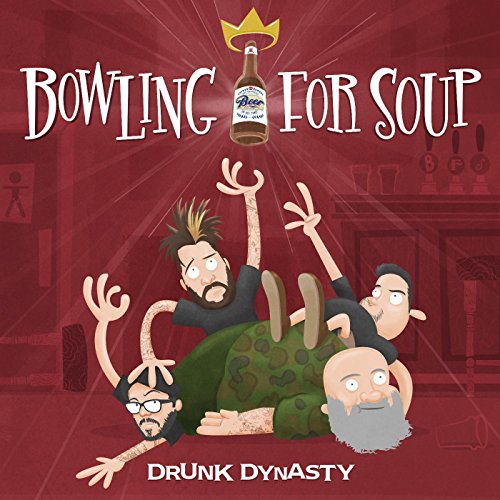 Nickelback are one of my favourite bands ever. I admit, I may not be the biggest fan of new release NO FIXED ADDRESS, but they are still a great act. In the two times I have seen them, I have been thoroughly impressed with their style and power. So, when I heard about the upcoming tour for 2015 for the band, I then remembered about a campaign which came up some time ago. Prepare for one of the greatest fails ever!

The campaign which was called #DONTLETNICKELBACK was created in order to stop the band from ever playing in London again. First off, I thought this was just stupid. Then afterwards, I had a bit of a chuckle to myself. It stated that money would go to charity or “therapy for those who’ve been affected by the band”. Many comments came from those who saw the site criticizing the creator for just hating the band and having an unnecessary personal vendetta against them. The fact that lead singer Chad Kroeger actually responded about the campaign was brilliant and said he liked it as it kept the band’s name floating about. Also, the target was $10,000 and this only got to $339 before the project then ran out of time. Clearly, there are only a small number of those who really want to target this band and try to bring them down, but shall not succeed.

Anyway, back to the tour. the No Fixed Address Tour begins in the UK on 13th November 2015 and will be playing eight arena shows all over the United Kingdom and coming to a close at Wembley Arena on Tuesday 24th November. This will conclude a 98 date (so far) world tour. Will you be seeing the band live? Do you enjoy their music? Let me know and if you are will be going to see them on their latest tour?

Watch this video which contains the world tour announcement and concert at the legendary House Of Blues to promote the 2015 tour!

And why not, here is Rockstar!