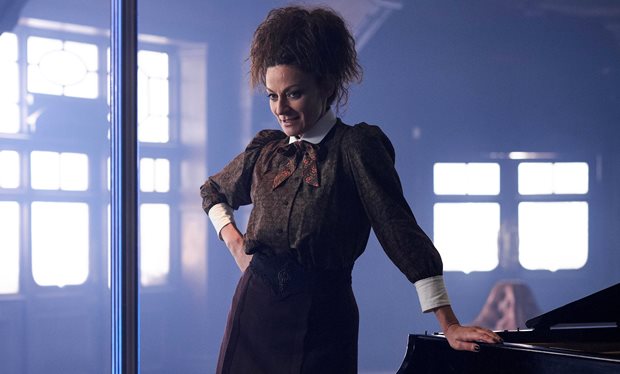 Well, that was the end of the Monk’s trilogy! Thank goodness for that. After a rather good build up, the Monk’s ultimately are a let down on what was a great idea put into motion. The villains may have been a bit rubbish, we got our dynamic back on track with our lead characters. Then we have Missy, can we really trust her? No! No no no no no! Give her a chance, she will try and defeat The Doctor again!

Throughout the episode, Bill is talking to her dead Mum. Yeah, a bit weird isn’t it. But if you haven’t seen the episode yet, it does become a big point later. We are apparently dealing with an evil Doctor at the beginning, as he is part of the broadcasts which try to convince the public that The Monk’s have always existed on earth.

As the episode goes on, we start to realise that there is a way to defeat the Monk’s, and it seems like they can’t be bothered to stop the TARDIS crew from chucking them off the planet. The aliens are good at taking over the world and bending it to their will, but the security to their headquarters is left easy enough to be attacked.

This is where we get into spoiler territory in some depth, we need to discuss that REGENERATION! Well, I always thought it was going to be a cop-out, this was then confirmed to me when we got to the end episode seven. There had to be something happen that needed either a reset or some great explanation and luckily it didn’t completely copy ‘Last Of The Time Lords’, even though there was certainly some similarities.

The winning factor for this episode for me was Pearl Mackie, who once again shows that Bill is certainly one of the best companions to grace Doctor Who! I can’t help but think that all these teases with her mum will result in her either meeting her mum soon in the past or her somehow coming back to life (this is sci-fi, anything can happen).

While writer Toby Whithouse may not be able to bring the most favourable conclusion to the loose three-parter, we are given some great dialogue and interactions, and yes this does include Missy (I will really miss Michelle Gomez when she quits the role). How much more are we to get of The Mistress before she comes face to face with her former incarnation? We know this is coming, and to think we still have Cybermen and Ice Warriors to come, there will be plenty to enjoy before the series reaches its end. 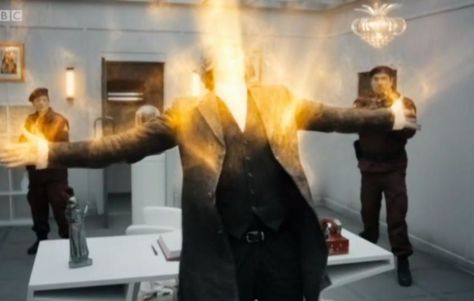 A fantastic performance from our central trio saves this episode from being a throwaway and still includes some great moments. The only real dip in the series so far, but you can forgive Doctor Who for this one!

NEXT WEEK: We are brought together to greet the ‘Empress Of Mars’! 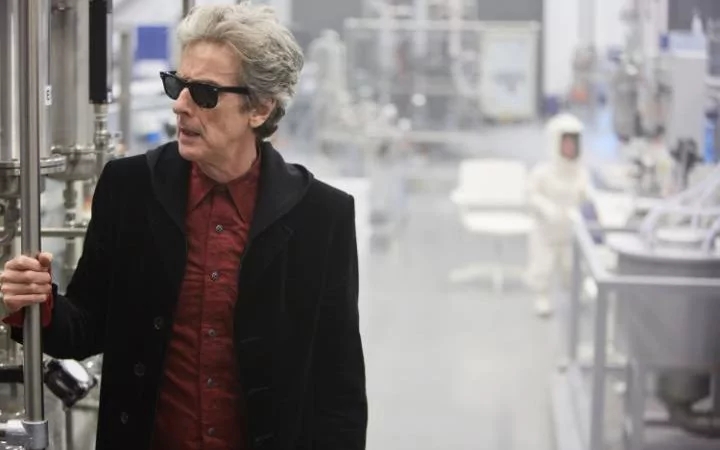 This has got to be the first series of Doctor Who I have ever watched where I have past the half way point and have thoroughly enjoyed every episode so far. ‘The Pyramid At The End Of The World’ is indeed another winner.

Beginning the second part of a loose trilogy of episodes, we get to see the beginning of the invasion from the “Monks” who look to take over the earth. We believe these aliens are here to conquer the earth, but instead they say they will be offered the world in return for their help. A crisis is about to come and the Monks promise they will save the earth if they are given it.

The Doctor, who still can not see, is tasked by the UN to help rid the earth of the Monks and investigate this pyramid (well, it is in the title) which has just appeared and sits between three of the earths most powerful armies. The Doctor, still known as President of the world, goes to see The Monks and finds out their plan.

On another side, we have two scientists who are working in a laboratory that have accidently created a super-bacterium which will prove to be fatal to the whole planet if unleashed. While this side of the episode takes its time to build, the tense feeling of what will happen next does settle in. We also start getting questions as why do the Monks want the earth? How can you save the world when you don’t know what will destroy it? 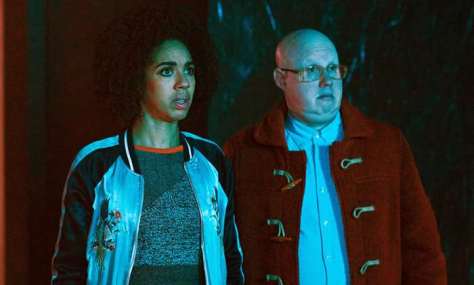 I have already spoke a lot on the plot, but it is truly the last 10 minutes of this episode that ranks as some of the best Doctor Who I have ever seen. The Doctor is doing all he can to save the world, but you know that things will get worse before they get better.

Peter Harness and Steven Moffat present some tense writing and keep the darker theme on top priority. Doctor Who seems to work best when it explores an eerie tone. The acting as per usual is spot on, especially the lovely Rachel Denning as scientist Erica. Then we have Peter Capaldi still portraying the struggling Doctor who seems to hint towards his upcoming regeneration.

Next week looks like it will take inspiration from 2007’s ‘Last Of The Time Lords’, but we will have to wait a week to get a feel for ‘The Lie Of The Land’. Oh god, trying to make lines with these titles have become really difficult.

So within the first few minutes, we finally find out who is contained within that vault (are we surprised?). But this is just one aspect of the story…

Beginning what will possibly be an arc for the next few episodes, we meet The Doctor as he is greeted by The Pope and members of The Vatican, presenting him with the details of “Veritas”, an ancient text that causes its reader to commit suicide. The Pope asks The Doctor if he will read the text to stop any further deaths, but there is one problem…The Doctor is still blind!

In a secret library in the Vatican, the text lies ready to be read by the Time Lord. There is also a strange light which appears to come from nowhere and some creepy, freaky monks trying to seemingly capture The Doctor. The Doctor does all he can to read the text while Bill and Nardole investigate the light.

The light acts as a portal to a central hub, where we find portals which lead to other places around the world, including The Pentagon and CERN. The truth of the text leads to a shocking twist which affects about 90% of the whole episode, a truth which hits Nardole and Bill like a ton of bricks.

That other 10%? well that deals with the return of another certain Time Lord (Lady)! Missy returns in a way that we are not used to, she is a prisoner, ready to be executed. It was nice to see Missy pop up throughout the episode, while at the same time not affecting the main story of ‘Extremis’ which will at least lead into the next episode.

Thinking last week when Peter Capaldi’s Doctor was hit with blindness, we had no idea that he would be without his sight for this long. He manages to go through the whole episode and still comes no closer to regaining his eyesight. Though the episode could have almost been a throwaway, it actually becomes the most important episode of the series so far. 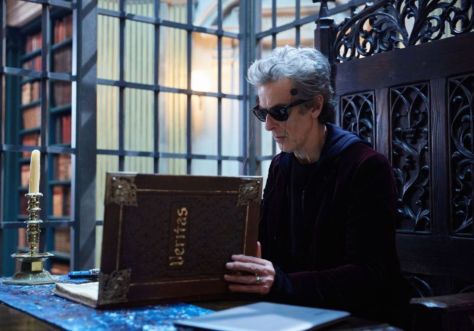 What the show has really needed is an arc which presented a good tease and some immediate consequences. We had weeks of teases from the vault, but once The Doctor begins to realise what is happening, suddenly the vault looks a bit less interesting and the TARDIS crew now has a HUGE challenge on their hands. It’s time to save the world!

Trying not to give too much away, but this episode surely was one of the darkest episodes that Doctor Who has ever produced. Steven Moffat once again proves that his scripts can still be very sharp and yet genuinely surprise you. There are a lot of references to video games and this episode does well at giving us something new to discuss and wait to see on screen.

The new enemy, The Monks, surely do leave an impression of fear. This is something which we haven’t seen before, an enemy making some careful plans on how they are going to invade the world. Could The Monks possibly rival The Daleks and Weeping Angels? I think so!

While the central trio of Capaldi, Mackie and Lucas are great as always, we get to see a very different side to them, literally! The fear from the companions was unexpected and seemed really honest. Then we have Michelle Gomez who always impresses as Missy. While we don’t get a lot of her in this episode, she is integral to the last act and we know there is more to come from her.

Another fantastic episode and the only real sad point is that we are now half way through the series! Keep the quality coming!

Next week, pack your suitcase as we are heading to ‘The Pyramid At The End Of The World’!

P.S. I did like the inclusion of Ivanno Jeremiah in the episode (he is Max in the fantastic Humans!)