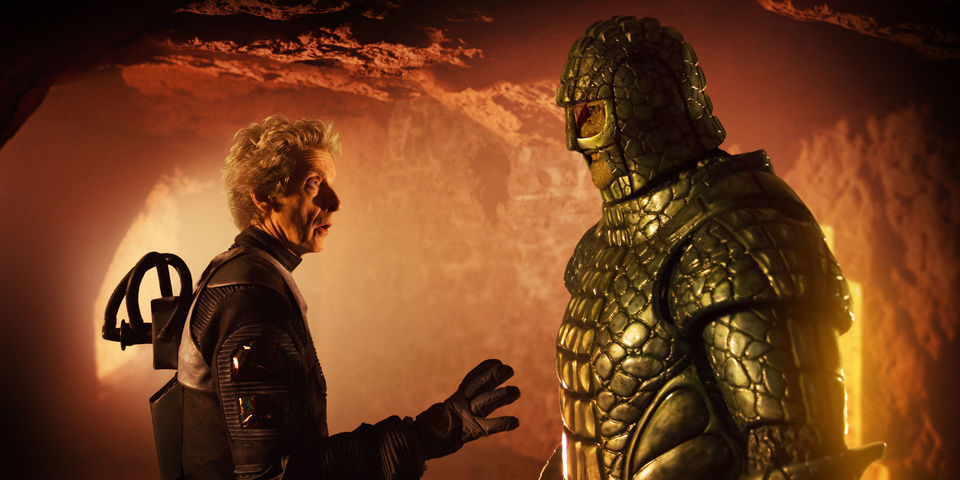 I will be honest, I still like the jokes about the Sonic Screwdriver being useless when it comes to wood. But I am here to assure you that there is more to this episode than just a wood joke, there is a lot to take from this episode and one time where the one-off characters can actually be really engaging.

Breaking into NASA, the TARDIS crew discover a message written on the surface of Mars. So The Doctor, who doesn’t miss a thing, heads to Mars with Bill and Nardole to when the message was first written (1881, sounds like a good year), but who made it? We find early on an Ice Warrior and a group of British Soliders from Victorian England, but they seem to get along. Finding this suspicious, The Doctor begins to work out why the soldiers have been brought to the red planet. 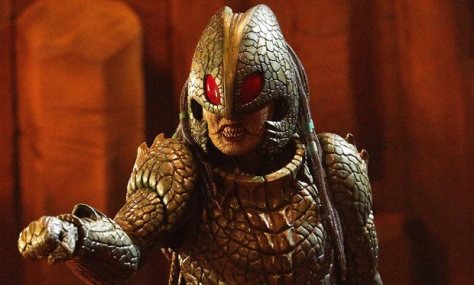 I will be honest (again), there isn’t really many surprises in this episode. We knew that the Ice Warriors were gonna end up killing the humans and that Missy was going to be let out of her prison, but I still enjoyed the episode. A highlight was seeing the development of Colonel Godsacre who throughout the episode we see that he is a vulnerable man who has come close to death and in the end saves the day and has a new purpose. Anthony Calf actually made his acting debut in Doctor Who in 1982, so this does make his impressive performance more enjoyable because of this fact.

There are a few nice nods to the past, and it doesn’t end with Anthony Calf. We also get Alpha Centauri who was again voiced by Ysanne Churchman for the first time in over 40 years, and yet the character sounds exactly the same. Then we get Missy, who I still don’t believe is actually going to turn good. There will be something wicked coming this way soon, and it stinks of the Time Lord.

I should say that this week there was little of Matt Lucas again and Pearl Mackie didn’t get nearly enough to do (but her scenes with Iraxxa were fantastic) and Capaldi yet again wins the show by doing all he can to prevent war. Peter is just a few episodes away from finishing his tenure and you can feel that something big is building up for his finale.

Mark Gatiss has written some great scripts over time for Doctor Who, and this one is definitely decent enough, but there just isn’t enough substance to make this a great winner. The acting is nice and the classic callbacks are welcome, but please make sure that: A) Matt Lucas gets more to do B) Make it a bit clearer what is happening with Missy and C) give us some more engagement in the story. Like I said, I like this episode, but it could have had so much more!

Next Week (or today as I spent so long getting this review out): We dine with The Eaters Of Light! 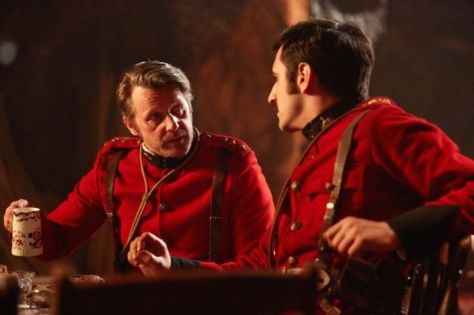