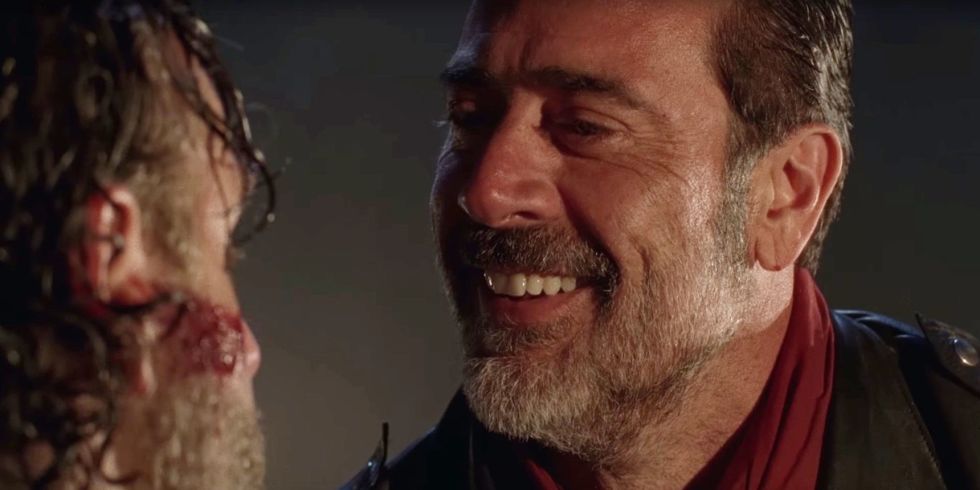 After more than six months of waiting, speculating and just downright agony from fans around the world, The Walking Dead finally made its return to TV. What we got was possibly one of the most shocking, goriest and most upsetting episode’s I have ever seen…and it was fantastic. I have seen a number of reviews which have been negative or moaned about it being “too gory” or “too bloody”, I will just ask them “What The F**k Do You Expect From The Show”? 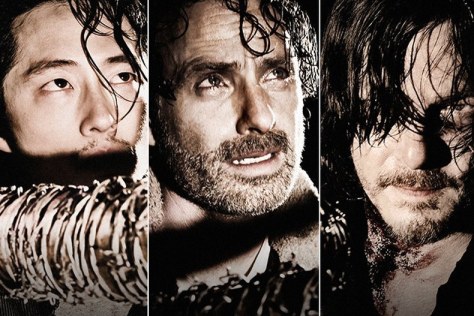 The episode begins following the aftermath of that horrific death (deaths, we will get to that). The sequence and many moments of the show play out just like it did in the comics, which really added to my delight. When you see the episode flashback to that moment, we finally learn the person who was to take the beating from Negan and “Lucille”. Poor Abraham was to be the casualty of the survivors battle with Negan. “Suck My Nuts” was the final legendary words of Michael Cudlitz, who finally bows out of the show after nearly three years as the former soldier. It was a shock death, but one I think many people had been expecting. But…did anyone expect THAT second death?! We saw probably the biggest moment from the comics, Glenn took a sudden beating from Negan’s bat in a rather unexpected move (though highly predicted, including myself who saw Glenn as the most viable candidate). It was horribly upsetting to see the beaten Glenn, head caved in and eye popping out, as he tries to say one last thing to his wife Maggie before his head is smashed to pieces. Then Lauren Cohan’s Maggie breaking down over the body of Glenn (my god, how much could you be upset at this show?) 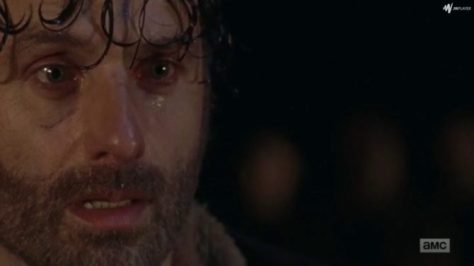 Yes, the deaths are the biggest talking point of the episode, but there was a lot more going on in this episode, though still based around Negan. Jeffrey Dean Morgan portrays Negan perfectly, he is chilling and intimidating throughout. You know this is someone you don’t want to mess with. Negan is the greatest threat the group has ever faced. He has countless people at his disposal to deal with any problems, truly making Rick’s group powerless for the first time ever. Negan is serious, he wanted to make Rick look and feel weak, and succeeds in making the former lawman crumble. Also, the shots of Rick in his daydreams are captivating throughout. There is that scene of the group having dinner in an ideal future and also seeing each of the line-up taking a whack from Lucille too. Then there is the time Negan has Rick under his mercy with the fate of Carl! That scene alone was just shocking enough for one episode, and after all the deaths too!

I loved this episode throughout, and ok this does not sound right for what happened. This episode though, had everything that I wanted to see there. Andrew Lincoln clearly does his strongest portrayal of Rick to date in this episode, and it was a great ending for Abraham and Glenn. Steven Yeun gives one last portrayal of Glenn his all and gives the most heartbreaking moment from the comics the life we wished it wouldn’t have…but somehow wanted it to come true. Overall, it is Jeffrey Dean Morgan who steals the show in this massive game-changer. Headwriter Scott M. Gimple gives his best script for a long time for this episode and I can’t wait to see more from the new equilibrium…and next week we get to meet Ezekiel and a freaking Tiger!! Also Daryl survived, but did kinda cause the death of Glenn. So, how do we rate this? 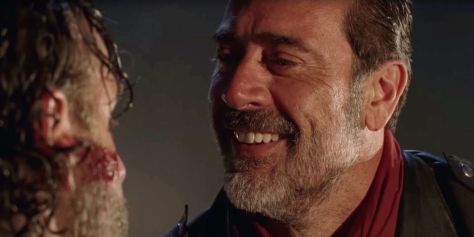