There is a lot of violence, a lot of laughs and a lot of boobs in this film. There is so many expletives throughout the running time of this movie and the action is relentless and brutal. But, this is what we wanted in a Deadpool film and I am glad to say they have made it a fantastic piece of work. The “Merc With A Mouth” is given his chance to finally shine in all his glory as he looks to take revenge on those who destroyed his life and turned him into a mutant. Wade Wilson is diagnosed with cancer and leaves his girlfriend to look for a cure, promised to him by a shady man working for Francis Freeman. He looks to unlock the mutant potential in people, but for them to become slaves instead of superheroes as previously promised. 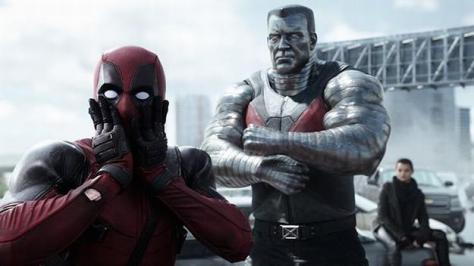 Ryan Reynolds effectively plays himself playing Deadpool and from the beginning very much is breaking the fourth wall with ease. The jokes come thick and fast (just how he would like it) and his sense of humour is certainly f**ked up to say the least, he takes joy in being vile and disgusting. Along the way, we see his telling of his origin and his interactions with various characters (referring a few times to the budget, as to why Colossus and Negasonic Teenage Warhead are the X-Men around, even when Deadpool pays a visit to Xavier’s Mansion). The fight scene on the freeway is indeed a sight to be seen, it was so much fun to watch and really highlighted in it’s first 10 minutes what kind of film we was about to get. Deadpool is on a path of destruction to not only fight Francis/Ajax but to also reconcile with his girlfriend Vanessa who hasn’t seen him since he disappeared and was subsequently turned into the “hero”. Also a couple of taxi trips conjure up a heap of laughs including forgetting weapons and giving some very bad advice. The climax is indeed where the majority of the budget seems to have been ploughed, and it comes up aces. Seeing Colossus and Angel Dust in fisticuffs is exciting and the brutal scenes between Deadpool and Ajax really show you can have spectacle without the CGI.

Tim Miller can breathe a huge sigh of relief for not only giving us one of the freshest superhero movie’s for a long time, but possibly the funniest superhero movie I have seen (Guardians Of The Galaxy is a close second). But where Guardians was a family movie which held a universal humour, Deadpool is seriously twisted and not for those who are faint hearted. Morena Baccarin gives a great portrayal to Vanessa and really matches Wade for many points and quirks. Ed Skrein portrays a strong villain and something that has lacked in many superhero movies of recent, though not over the top, Ajax really is a threat to Wade and makes sure he gets his job done. Same for Gina Carano, though not as impressive as Ajax, it is fair to say Angel Dust was a powerful enemy. T.J. Miller gives some great laughs as Wade’s best friend Weasel. Though Weasel could have done with some more time to crack jokes about his friend. Stefan Kapičić and Brianna Hildebrand make great X-Men additions as Colossus (though Daniel Cudmore should have reprised his part) and Negasonic Teenage Warhead (the subject of a couple of Sinead O’Connor quips). Finally, the top marks go to Ryan Reynolds for finally getting to give us the Deadpool we had all waited for. He brings all the big laughs, the sex jokes and the red suit that many have wanted to see on the big screen since the 2009 misfire X-Men Origins: Wolverine (and yes, it is mentioned a few times. As is Green Lantern. Fun fact, without thinking, I went to see the film wearing a Green Lantern shirt. Then again I also saw a guy dressed as Deadpool with Batman shoes. But anyway!) and makes references to many different films and other pop culture points. Finally, look out for the greatest cameo Stan Lee has had (he must have loved it!!!). 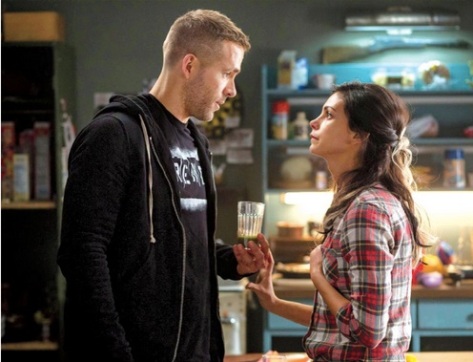