Jamie Mathieson has wowed me with a hat-trick of fantastic Doctor Who scripts and ‘Oxygen’ is yet another winner for the writer! 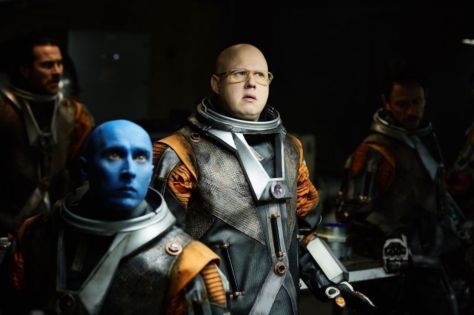 Starting off in the depths of space, a mining station sends a distress call for help after members of the crew begin to die and zombies seemingly take over…so The Doctor answers the call. The Doctor makes it clear he misses his travels, tricking Nardole and inviting Bill to go on an adventure and leaving the vault unprotected.

When the trio arrive in the station, the episode really kicks into action. Bill is amazed at the idea of actually being in space, whereas The Doctor continues his investigation and Nardole can’t help but remind The Doctor of his duty back on earth. The idea of having the walking dead isn’t a real sci-fi trope, but this is not a typical “zombie” story. It’s not about dying and coming back to life, this is about keeping yourself alive by the number of breaths that you take. 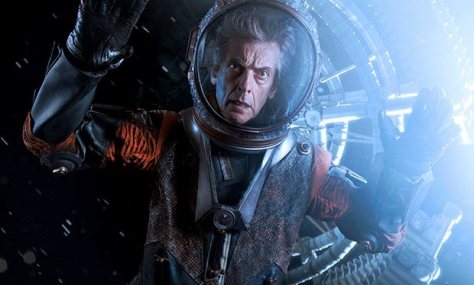 This is maybe the first story this series where The Doctor, Bill and Nardole all get their chance to really shine in equal measure. Matt Lucas does again get to deliver some truly comical lines, the best coming from his discussion of a former partner or the sat-nav line. Pearl Mackie’s Bill is presented with some real danger, on at least two occasions you do genuinely worry about the character (plus, there must be some big pay-off coming soon for her Mum). Then there is Peter Capaldi who gets to pull off a very different side to The Doctor.

At the heart of this story, there is some very political messages coming into play. The idea of literally working to death is one that many may think they can relate to, having to buy the very air that you breathe. Also, racism is jokingly tackled in this episode and who would have thought that Doctor Who would teach people to respect one another better (Nardole tries to diffuse this such situation by saying “Some of my best friends are blue-ish”).

There are laughs, there are scares and it makes you happy that you don’t have to work for such a god-awful company that can take the very oxygen away from you. Not only are we presented with yet another fantastic episode, but we get a cliffhanger which a. none of us would have expected and b. we know that things will be highly interesting when episode 6 comes round next week! The Doctor faces a dilemma which has never been a factor for him before and it does tease what is to come, especially with the knowledge that Capaldi is to soon leave the BBC show.

Jamie Mathieson, please make sure you have at least TWO episodes next year, we need more like this!

Next week, The TARDIS gets a visit from the Pope? The Doctor looks like he is about to go to some Extremis measures (ok, trying to do lines around the episode titles isn’t too easy). Only watch this video if you have seen ‘Oxygen’!