Marvel TV shows have been a big extension to the MCU since Agents Of SHIELD debuted in 2013. With four shows currently in this universe, and a number more still in production, we have got lots to enjoy. There has been some fantastic performances so far in the last three years and I am sure Luke Cage this month will continue the trend. With ABC making a great start with the Agents side of the MCU and Netflix bringing us The Defenders, this list had a great mix of portrayals. Honourable mentions go to Mike Colter’s Luke Cage who narrowly missed the list, though will be right in the Top 10 from the previews of his upcoming series. Elodie Yung giving us a great Elektra really did well and Agent Carter actors James D’Arcy for being Mr Edwin Jarvis and Wynn Everett as she became the villainous Whitney Frost!

All heroes need something to keep them grounded and Karen is definitely a character that is needed in the show.Deborah Ann Woll is cast well as the love interest to the title character and is at the centre of the story in both seasons. Karen may not be the toughest character, but she is willing to do all she can to help her friends and fight for justice. Her life changes when she comes to Nelson and Murdoch, but it is her investigation into The Punisher which really shows her worth. 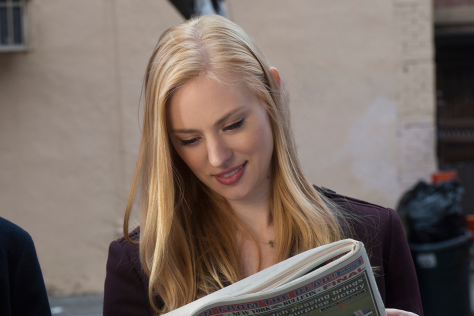 The man who was the backbone to the MCU throughout phase one was warmly welcomed back when talks of a spin-off begun. His death was maybe not liked by many, but there is a lot of good that came from this. First, we got a great mystery which lasted quite a while as to how Coulson came back to life. Clark Gregg embodies Coulson perfectly and he is a fan favourite. For a character that was made especially for the MCU, you can find him in all the different medias of Marvel and I am grateful for how much we get of this brilliant character. 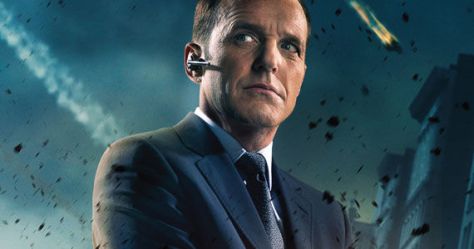 Every show needs some comic relief, and it works better if they also become the heart of the show. Foggy Nelson, best friend and business partner to Matt Murdoch. Their friendship changes forever when Foggy finds out Matt is actually Daredevil. As a lawyer, Foggy is definitely very resourceful and willing to do all he can to help those he cares about, that includes Matt and Karen. For most of the series, he is a source of humour and a break from the gripping drama in the show. But from the moment he finds a bludgeoned Matt in his apartment, that is when Foggy became his best! 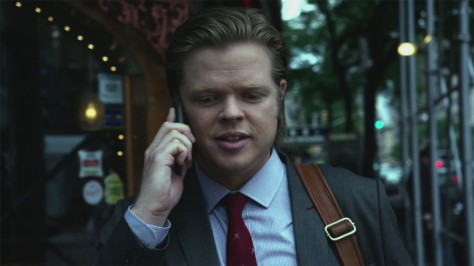 What happens when you get a character that is able to overshadow your main star, you get Ming-Na Wen as Melinda May. Known for her nickname The Cavalry, May is one of the toughest agents in SHIELD history. The character at one point stopped doing missions after something big happens and her life is in tatters. Though she may not be too social with her team, she is very protective and can kick the arse of any person that gets in her way. You wouldn’t want to get in a fight with May, but you would definitely appreciate her assistance if it was needed. 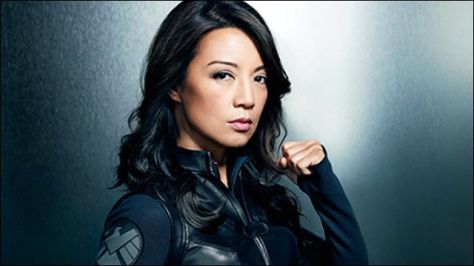 A man who is able to manipulate any person just by talking to them, Kilgrave is indeed a very dangerous character. He hasn’t got super strength, he can’t fly and can’t shoot beams from his hands, but he can control practically anyone. At one time, he was able to bend the will of Jessica Jones for his own gain and she had since lived with the nightmares of her actions. Kilgrave proves numerous times he is not to be messed with and David Tennant brings to the MCU his best performance since starring in Doctor Who.

From the first episode, we know that Matt Murdoch has been fighting crime both in and out of the court room for some time. Matt Murdoch is just truly wanting to get justice in his city. After his father died, he wanted to do all he could to protect the innocent. His path leads him to face The Kingpin and later the vigilante The Punisher. Daredevil was one of the first MCU heroes to prove just how vulnerable they can be, seeing Matt an inch from death is really hard to watch, but it may just be the most intriguing thing about the man without fear!

Much like Coulson, Peggy has been a backbone to the MCU for quite some time. Since her debut in Captain America: The First Avenger, she has appeared in other Cap films, a short and in Agent Carter. Taking her role as a founder of SHIELD, Peggy continues her fight against those who could threaten the world while still holding some hope of seeing Steve again. Fighting her way through a sexist 1940’s America, Hayley Atwell gives her greatest performance as she gives the world the first true female hero in the MCU!

Anyone who is a fan of The Punisher character will know that it’s not been easy to make this character appeal to an audience (Looking at 1989 and 2008 on this one). But, Jon Bernthal not only does a great job, but he steals the show every time he appears. He is more than a match for Daredevil, he has one of the greatest revenge stories in the comic book world and he honestly believes he is doing the right thing. Tormented by the death of his family, his path for vengeance and personal pain won over everyone…no wonder he is getting his own TV series! 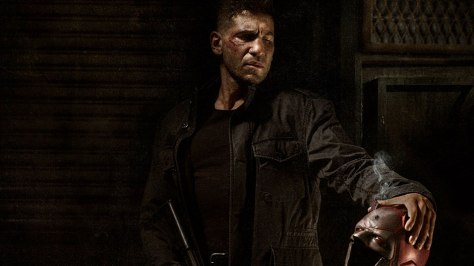 For anyone who has seen Krysten in any other show, you will know her versatile she can be. Appearing in shows such as Breaking Bad and Don’t Trust The B In Apartment 23 was proof of her dedication, Jessica Jones is no exception. The character has not had the best of upbringings (how many superheroes actually did?), but she still tries to do what’s best. After her initial altercation with Kilgrave, Jessica struggles to get her life back together. She becomes a private detective and also has some powers too, not someone to mess with. PTSD plays a big part in the show, and to see the suffering Jessica has been through and goes through in the first season, you can’t help but feel for her. Sure she is drinking a lot, having sex with someone she is investigating and generally not caring about a lot of people. Inside, Jessica Jones is a character I feel the most for as she seems to put on such a strong front to forget her past.

Coming up with a villain like Kingpin was a masterstroke for Marvel Comics, seeing him on screen is even better. Michael Clarke Duncan made the character fantastic in the 2003 Daredevil movie, but Vincent D’Onofrio made for a superb addition to the cast. We see him gradually in the first few episodes, but we know who he is immediately when we finally meet him. Wilson Fisk starts as a very private businessman who eventually comes to the light when he looks to “save” his city. We also get to see what made him into the Kingpin by seeing flashbacks to his childhood and also watching him fall in love with this to-be wife Vanessa. Don’t let this sensitive side fool you, he will still beat you to death (thinking of a certain car door scene). Definitely a powerful character and the best portrayal from Marvel’s TV line-up.