Leaks and updates are released everyday (almost) and what are we seeking most? Superhero news! Marvel, DC, doesn’t matter as long as it tells us a little more.

Lately, a lot of Marvel fans are seeking more and more and more about the new movie starring the webbed wonder Spider-Man, who has now been thrown into the MCU as of Civil War, and this can be plot points, or settings, or characters. We have now got one question answered: who is Mary Jane Watson?

Attached early on was Zendaya, best known for Disney roles such as Shake It Up, who was rumoured to be a minor character named “Michelle”. But now (not yet confirmed at the time this was written), it seems “Michelle” could have been a ruse – Zendaya could have actually been cast as famous love interest of Peter Parker, Mary Jane Watson. 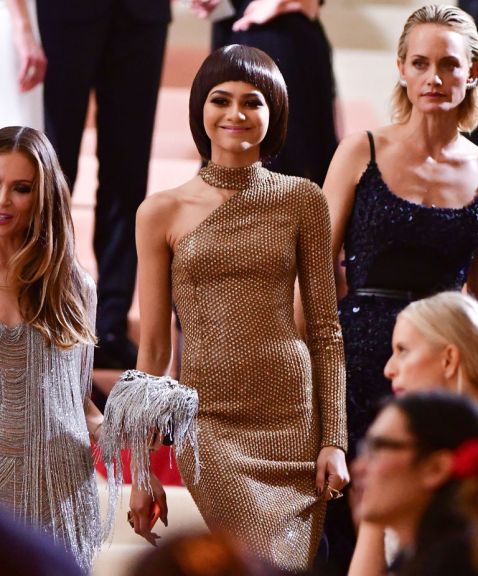 This is some astounding news, if it is true, as she would be greatly different from Mary Jane’s last live-action portrayal in the original Spider-Man trilogy, performed by Kirsten Dunst. Even Zendaya can agree with me here, that this is important because of two words: representation matters.

As a young woman of colour, Zendaya – among others – has been a constant advocate for equal treatment and chances in the entertainment industry, as well as the other aspects of society. She has fought for gender equality, and ethnic equality; the fact that the people working behind Spider-Man: Homecoming have possibly cast a young black woman in such an iconic and well-recognisable role shows what all people should remember: talent is what matters.

Sadly, however, not all fans of the Marvel hero are embracing this, as Marvel and Zendaya herself have been sent some disgusting and horrifically racist messages about this, along the lines of her character changing the whole story of Spider-Man and that if this casting decision is official it would be best for the whole project to be cancelled. Let me tell you all this: Zendaya as Mary Jane is not the end of the world.

These are probably the same people who sent messages at SNL actor Leslie Jones for her (fantastic) role in the Ghostbusters reboot earlier this year, and the people who were outraged when John Boyega was announced as one of the main stars in the seventh episode of Star Wars, released last December. These people need to learn that movies are here to reflect the true diversity of our world; not everyone is white and American or British. Our wonderful world has given us so many actors, sharing and differing in heritage, in skin colour, and Hollywood needs to learn that these people can have the ability to play a well-esteemed role to its highest standard. We do not need white men and white women to show us the “real world”, when that is not the world we live in. At all.

If Marvel does confirm Zendaya’s role as Mary Jane, this will be amazing, and personally I do believe Zendaya is the right woman for this role. She’s talented and determined; what else do you need?

And the answer better not be, “white skin”.