Available on Apple Store and Android Store for Free!

Pokémon has remained a worldwide phenomenon for many years. The original games still stand as some of the most popular video games of all time! Red, Blue, Yellow, Gold, Silver, Ruby, Sapphire, Diamond, Pearl, Black (and 2), White (and 2), X, Y and the upcoming Sun and Moon (Pokémon Snap is also a fun game, though nonsense to a degree). One element that has been missing from the game is having a real-world feel to the challenge of becoming a Pokemon master! But now you can, it’s time to go outside and discover the world from a new perspective. 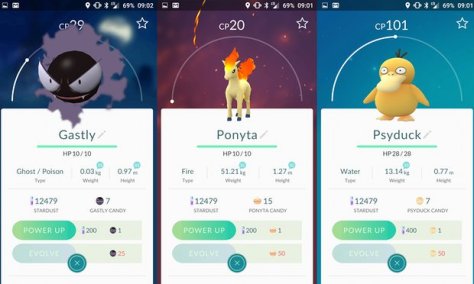 First off, make sure your phone is fully charged and that you have a good amount of data to spare. You start the game getting the introduction you may remember from the Game Boy Pokemon games, and from that you get to pick one of the starter pokemon. Bulbasaur, Charmander and Squirtle then appear (there is a way to get a Pikachu, just walk away from the starters that are offered!). From that point, you need to visit the “Poke Stops” to gain more Poke Balls and look to catch all 151 Pokemon on offer! Once you are on your way, you can build the power of your Pokemon and prepare for them to face off at the Gym’s which will prove a real challenge. To get to these stops, gyms and to find the pokemon in general, you have to go out and explore the world around you.

It is almost thrilling when you come across a Rattata or a Pidgey (not when they are the only buggers you find), and also there is a lot of fun about catching pokemon that seemingly appear in the real world. Training pokemon is a bit different, not battling with your held pokemon to catch new ones is strange, but I am sure the gym battles will make it worthwhile when you pick your team. As you may have guessed, I am yet to take on a gym (you need to be at least level 5, which I only just achieved). I have seen some people in the battles and it looks rather fun. Also, another fun thing is you can give your pokemon nicknames like you can in the normal games.

If there were any problems I could raise, the app can be unreliable at times. It can sometimes take multiple attempts to sign into your profile, and servers seem to take a break now and again. Also, the glitches are a pain! The Poke Balls seem to really a 1 in 5 chance of just freezing the game when you catch a pokemon. Though a few problems exist, the game is still in its early days. There is so much potential for this game, and some expansions such as trading/battling friends and adding more pokemon to the list will indeed make it all the better! For now, go and enjoy the fresh outdoors, have your phone ready and get catching. Finally, please watch where you are walking (don’t end up walking into a pond or into the changing room of a certain lingerie outfitter!) 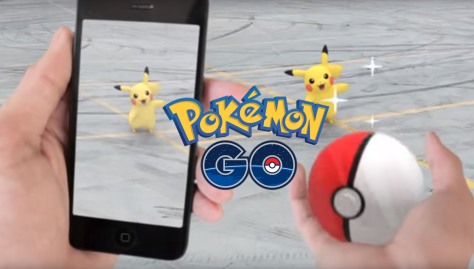