Who would have thought a game based around DC comics and using the game engine from the latest Mortal Kombat series would prove such a hit? But it did in both the look and the gameplay. It was fun and really had you hooked all the way through the story mode and repeatedly going through the arcade segments to master each superhero and villain. The personal highlights I got from this game was how well each character was represented and the special moves given to each was well made and faithful to their traits. Also, who expected them to actually give a reason to how Green Lantern and Green Arrow could fight each other on equal grounds? But anyway, we have Injustice 2 on the way next year. With a cool looking trailer and hints to some new and returning characters, here are the five things I want to see in the next game…

There was a great cast of characters in the first game, though I am sure many fans would like a further expansion of the DC characters you can pick from. We already know Supergirl, Atrocitus and Gorilla Grodd will be in the new game with returning characters Batman, Superman, Aquaman and The Flash. After the successes of the DC TV shows, there is a lot of new characters who deserve a spot on the game. I reckon Black Canary, Constantine, Red Arrow, Firestorm and more would work well as some new heroes to feature. On the villain side, we need Captain Cold, Zoom, Riddler, Ra’s Al Ghul, Livewire, Clayface and maybe Brainiac as the main enemy? Why not.

The big selling point in the fights was that each character could handle their own with any other and still stay unique. Before 2013’s Injustice: Gods Among Us, I would have thought a game like this could not exist. Though I think the pills will not be a factor in this game, and that may not be a bad idea. In the trailer, it looks like we get to see some “upgrades” for the heroes to see them capable of going head to head on a level playing field again. Will that work into the story? This is where we get to the next point…

Before you say it, I am not talking about Batman v Superman. If you have watched Captain America: Civil War, you will see its biggest talking point was the big battle between Team Cap and Team Iron Man. Maybe a similar story seeing the two sides form in the one universe (I think we could avoid multiverse for this game) and it would be fun to see two sides form over some crisis. I wouldn’t ask for a remake of what I saw on screen, but there are some elements that could be borrowed. Maybe it’s a way to deal with the defeat of a villain like Joker or Lex Luthor and then them fighting each other leaves earth vulnerable to an attack. From the information I have read, this looks very unlikely and seems to be a more direct continuation of the first. But fingers crossed the links will be there.

Another good point from the first Injustice game was the voice acting. If you have Kevin Conroy voicing Batman, you have already sold it to me. There was also Carl Lumbly reprising his role as Martian Manhunter from the Justice League cartoon, Phil LaMarr becoming Green Lantern again and the amazing Tara Strong living her role as Harley Quinn. If we could have the same cast again, it would not be a disappointment. To have consistency within the games, it would be nice to get that same feeling back from the first title. The only change in cast would be for me The Joker, no offence to the guy who took it on, but I think Mark Hamill or Troy Baker needs to re-take the part.

In Mortal Kombat and Injustice: Gods Among Us, the story was always strong and enjoyable. The only problem was that story mode could be completed in about 5 hours. I know this would not be the end of my time playing the game, but it would be great to expand the story some more and get about 8-10 hours. If we learnt anything from the first game, the story shot past with great speed and indeed kept you hooked. I hope the next instalment can keep the same momentum but give a longer experience without just padding it out. 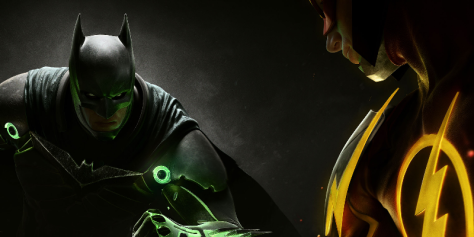