After all the weeks of foreshadowing, it finally happened…but we will get to that eventually. Sarah Dollard, you really did a superb job tonight! First of all, this was probably the most well executed episode of the series (The Magician’s Apprentice, you are still superb too!) and it all comes down to the tight story which is grand and intimate in fair measure. Coming off the back of an adventure (maybe a future audio adventure?), the TARDIS phone begins to ring and it is old friend Rigsy, who is now in a happy relationship and has a baby. Unfortunately, it is not a friendly call. Rigsy has a countdown on him and it is leading to his eventual death. The Doctor looks to help Rigsy as he and Clara search London for a secret street which may hold the answer to the death sentence. Finding a street housing many different aliens, The Doctor finds himself coming face to face with Ashildr. After her heroic sacrifice and more deceptive turn in previous episodes, we see Ashildr has become protective of the aliens and is ultimately planning something which will not be good for our heroes.

Clara, as she has done on many occasions, tries to show she is just as smart as The Doctor when she offers to take on the death counter and free Rigsy. They find a Quantum Shade is present in the form of a raven, and will kill who it is that has had the timer placed on it. But why does this countdown exist on Clara’s buddy? Rigsy has apparently killed someone in the “trap street”. The twist is? There was no death. This was all staged as part of Ashildr’s plan. She has made a deal with an unknown enemy to send them The Doctor and free Rigsy, but the deal is broken when Clara takes the death sentence instead. Surely Ashildr can remove this? Well no. The deal was for her to be able to remove it from Rigsy, but Clara unfortunately has to live (and die) with her decision. Clara has saved The Doctor many times, but this time she accepts that she has to pay for her mistake. The Doctor is very angry as this would not have happened if Ashildr had not tricked Rigsy and the TARDIS crew, but Clara reminds him to not seek revenge but to remember who he is. The Doctor seemed to lose a lot of compassion when he regenerated, but he has always cared and needs to care again. In recent weeks (and even in ‘Flatline’), The Doctor shows great concern of Clara trying to be too much like him. So, with the countdown nearly at zero, The Doctor finds out he is to be transported away somewhere and his confession (from the premiere, to be revealed on his own death) has been taken from him. With the TARDIS key taken, The Doctor has no chance to escape. Clara goes out to the street and prepares to face death. The Raven comes for her and she is then killed instantly, providing the most upsetting Doctor Who moment for years! Clara Oswald meets an end after not only restraining her best friend, but also giving him a new focus. The threat to Ashildr proves he may never see her again, but angry Doctor is definitely back and this next journey he is about to face may just be too much for him. He shows he can control his own emotions and shows the greatest of restraints (and I am sure he would destroy Ashildr and all she cares for if he sees her again). 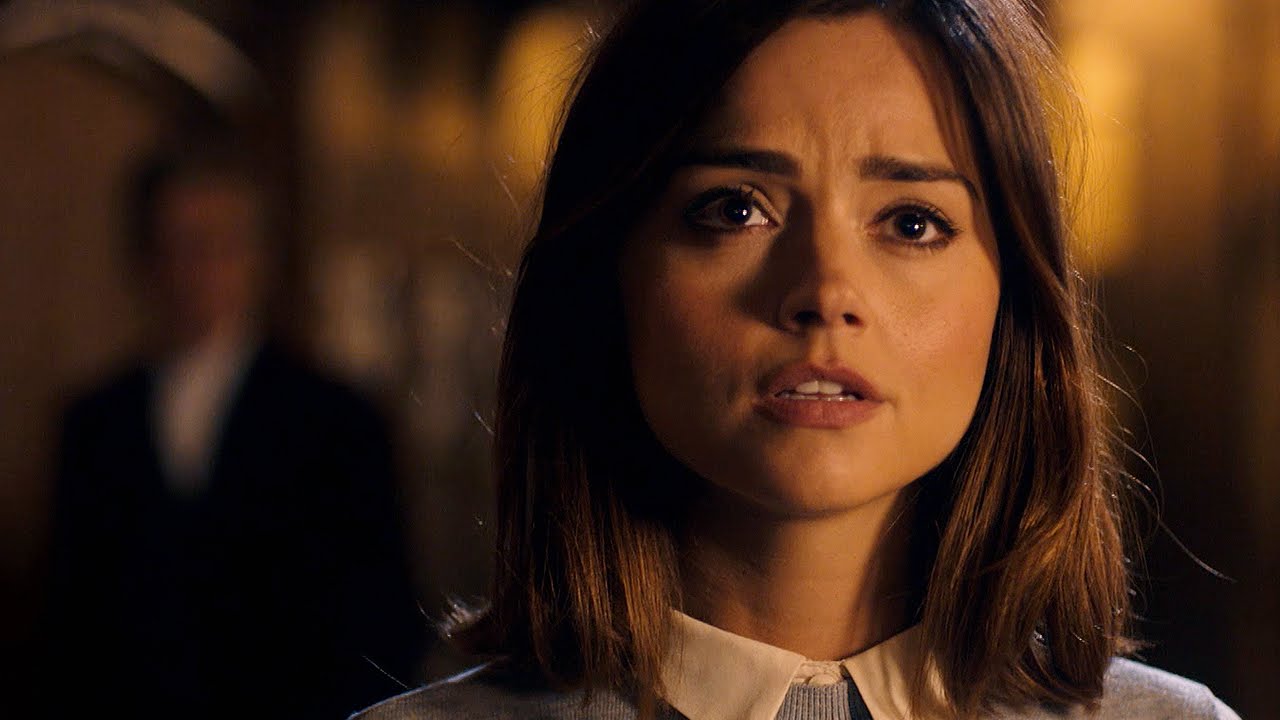 This episode proves what makes Doctor Who so popular. My first heap of praise is once again to Sarah Dollard; her first Doctor Who episode is indeed a classic in the making. ‘Face The Raven’ was tasked with not only providing her writing debut on the show, but to give a fitting end to one of the most popular companions in the history of the show. Joivan Wade is a welcome return as Rigsy; hopefully we may see a further appearance from him in the future is possible. Maisie Williams really hits her peak as Ashildr in this episode, her character has evolved so much and this really shows her still as an easily manipulated character that will do what she can to protect herself and those she finds she cares for. Peter Capaldi really lets himself go and the last few moments really show the top acting chops which cements him as one of my favourite Doctor’s (maybe even Number 1!). Finally, top marks tonight go to Jenna Coleman. Jenna has been seen as a great counterpart for both Matt Smith and Peter Capaldi; tonight we saw just how much we have loved her for the last three years. It is with great sadness that Jenna Coleman leaves tonight, and it will take a great actress or actor to take that place in the humongous void which has now been created! Clara Oswald may have gone, but The Doctor is about to embark on a huge mission of his own in ‘Heaven Sent’. The best episode of Series 9 by far, and the emotional rollercoaster will have many fans tearing up for a long time.