New Zealand knows how to make their musicians. With a great selection of songs and some top beats, 3 will definitely be an album to add to your collection. Singer-songwriter Abby Holden has been teasing this album for some time, and the tracks I heard before the full release was indeed just the first cuts of a great project. Anyone who has heard either the FLIPSIDE or STRANGE AFFECTION albums will know Abby is able to create some fantastic tunes, whether they be of acoustic, dance, RnB and even some tunes that will make you laugh. We are starting with…well ‘Getting Started (Funkiipapa Remix)’ which is a great RnB/Dance track which gets your groove on for this album. ‘Lost’ is next, featuring some work with rapper Mally Malzz (London artist and producer). This may be the first time I have heard a vocal collaboration with Abby, it works with the beat that bounces throughout the track and is definitely worth your time. I am glad to report that ‘Click It On Mute’ is not a tribute to John Cage’s 4’33’’, but is instead a fun and upbeat tune that you will be clapping along to within seconds. After only three songs, I find myself unable to stop bobbing my head to this album.

An instant club classic is formed in ‘Games’, the sound of 90’s dance is plastered all over this song and it benefits greatly from that. I can imagine dancefloors being filled to this one. A contribution from Picasso sees him share some vocal with Abby and keeps the flow running to the next track. ‘Let Them Go’ is the dance ballad of the album, Abby gets to really express her vocal qualities in this track. You will get captivated by that voice, but still be moving to the tune. ‘Melancholia (White Mix)’ comes in and it impresses in its short time. Then ‘Higher Ground’ is a great addition to the already bubbling LP. The vocal work is fantastic and continues the groove. You will probably dance till you drop with this album so far, and it’s not over yet.

‘Pink Ghetto Blaster’ was one of the first cuts that I got to hear from the album, it was a strong tonal shift in the music I had previously heard from Abby Holden and a great evolution in the sound she looks to create. A full on dance experience with a rich and fresh sound is what you get here. We start to unwind now, an interlude comes with a nice acapella piece leading us to ‘Getting Started’ and yes we did hear this track earlier, but this is the fantastic original version which is done acoustically and portrays Abby at her most powerful and yet at her most vulnerable. Stripped from beats and produced sounds, Abby lets her soul shine through in this performance and the track is just beautiful. 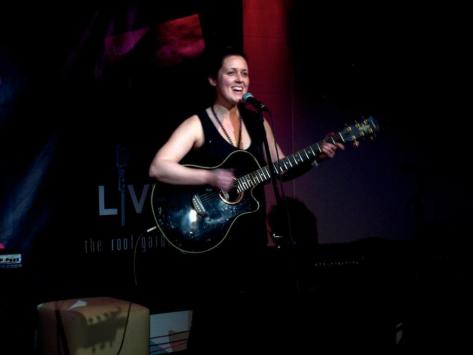 As mentioned, this is the third album from Abby Holden and you would be very hard pressed to find many similarities between the releases. They all remain unique and at the same time identify to Abby really well. 3 really makes itself stand out primarily as a dance release, but don’t believe that is all you will get in this album, Abby Holden is indeed a master of many music genres and that is proved within this set of ten tracks. You get acapella (which I think should be the basis for a future song), dance, pop, acoustic, RnB, Rap and so much more. How many musicians could pull all that off in one album? 3 is out now and I recommend it highly, then we can prepare for 4 and 5 and 6 and beyond!

and try this one if you fancy a giggle… 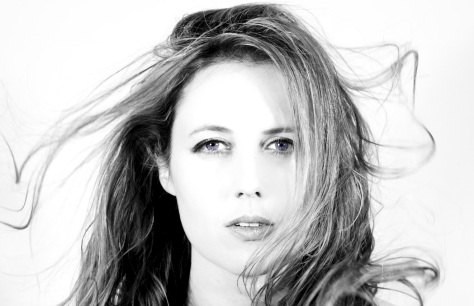