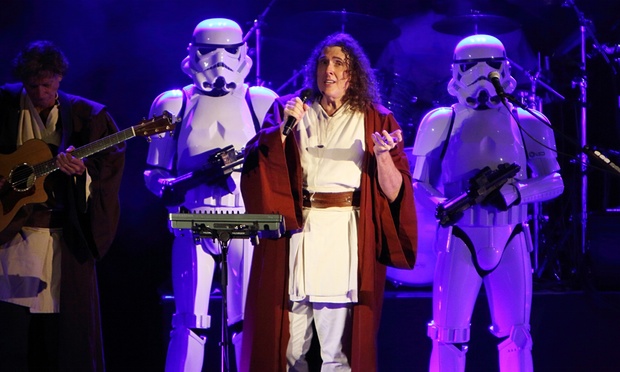 Coming in from the streets of Hammersmith to the comforting Apollo, Weird Al begins his set with the catchy ‘Tacky’, a parody of Pharrell’s massive hit ‘Happy’. We see a camera crew follow him as he eventually makes it to the stage. ‘Lame Claim To Fame’ and ‘Now That’s What I Call Polka’ continue with the newer songs, and then we finally get to go through the back catalogue. ‘Perform This Way’ sees Al don an octopus suit you would expect to see Gaga parading around in. Then, we go even further back to ‘Dare To Be Stupid’ and the band look like they have been plucked from the 80’s. During the set, we get several changes in outfit which include the Jacko fat suit (‘Fat’), 90’s grunge clothing (‘Smells Like Nirvana’) and even dressed up as a rapper (‘White & Nerdy’). Never have I felt such laughter from myself at a music gig, not since Flight Of The Conchords have I felt music and comedy go so well on stage. 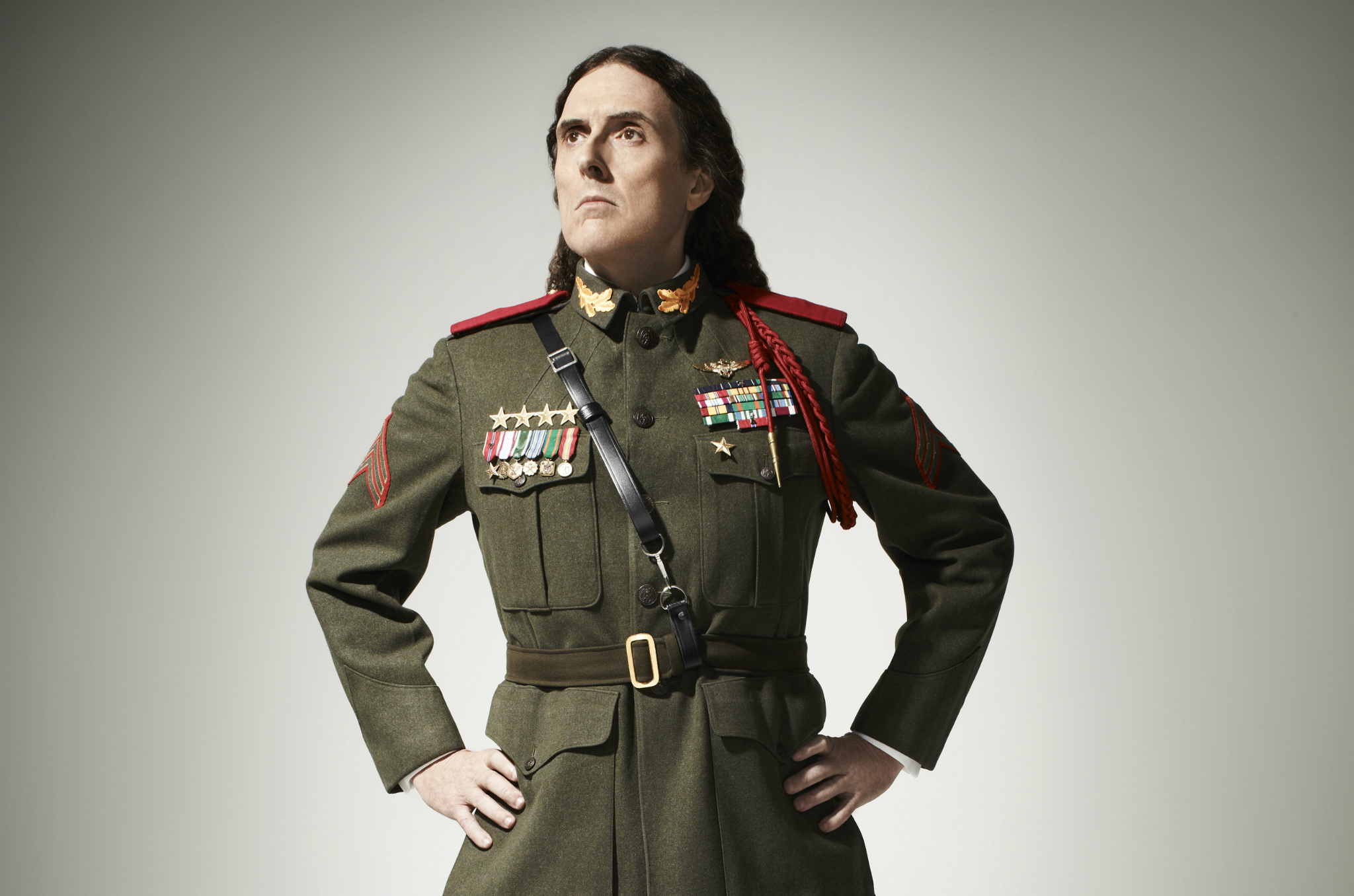 Throughout the night, mainly during costume changes, we see a selection of TV and film clips which feature and/or mention Weird Al Yankovic, and provide some comedic relief during the switching time. In a night where you parodies of tracks by Queen, Madonna, and the infamous eBay song inspired by the Backstreet Boys gets everyone singing along and really enjoying it. Props such as a reclining chair for ‘Inactive’ and use of tin foil for the song ‘Foil’ and even dressed in full beard and suit for ‘Amish Paradise’. No matter how disturbing it may seem, you can’t help but laugh and love the gyrating motions of Weird Al as he makes his way through the crowd in the Apollo with ‘Wanna B Ur Lovr’ and throwing some of the best lyrics to the audience. The show is filled with nostalgia; you know exactly what is to come from each costume change. 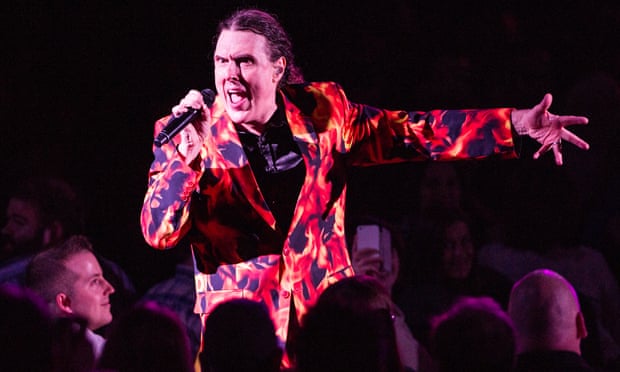 The encore sees Weird Al and his band emerge as Jedi, where they are also joined by a group of Stormtroopers and Darth Vader. The incredible ‘The Saga Begins’ (parody of American Pie by Don McLean) and ‘YODA’ (Lola by The Kinks) then brings the fantastic show to an end. Where some may be upset you won’t get full versions of ‘Eat It’ (though what you do get is it is mixed with the tune Layla as made famous by Eric Clapton), ‘Like A Surgeon’ and ‘I Love Rocky Road’, but you get so many songs in such a short space of time and it is enough to relive the memories of listening to all of them tracks the first time around. On top form and full of energy all night, Weird Al shows that at 55 and with four decades in music, he isn’t ready to stop yet. Being consistently hilarious, keeping everyone in the crowd singing and that epic finale featuring some world class acapella is just beyond amazing. Truly, one of the greatest performers in the world and I can’t wait for Weird Al Yankovic to come back to London! 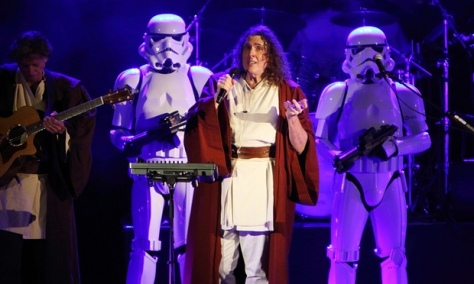