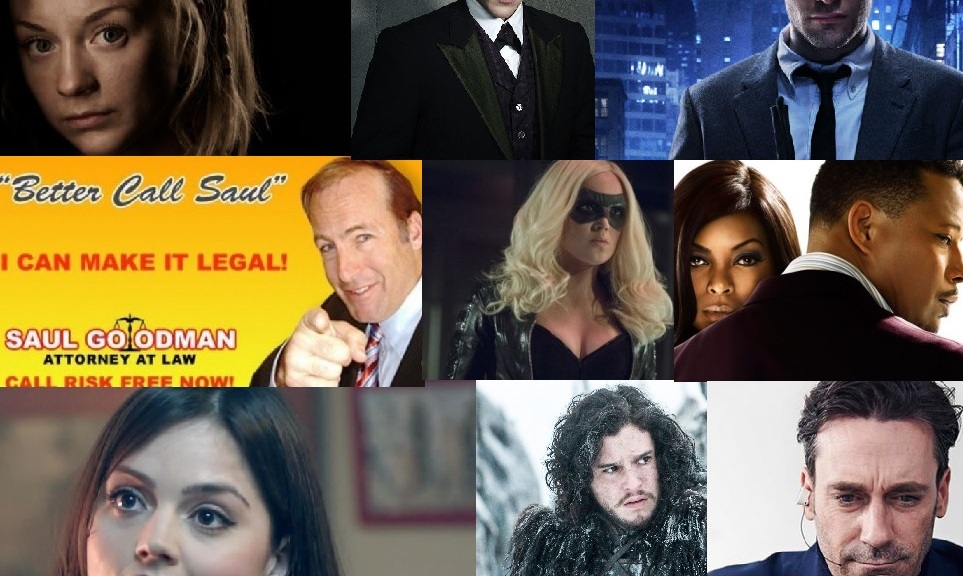 This could be filled with some major spoilers, so read at your own leisure.

after a number of deaths and multiple story threads, we finally get to see Miss Mooney as she goes from being at the top of her game to becoming a prisoner. When she is held by The Dollmaker and his mercenaries, she knows that they are taking body parts. Knowing they require an eye, she goes to scoop it out with a spoon and stomps on it. Not as graphic as you may think, but seeing an eyeball squashed is not a pretty sight (not an attempt at a joke there).

Jimmy Vs. Tuco: Battle For The Twins – Better Call Saul

Before becoming Saul Goodman, Jimmy McGill was a struggling lawyer who tried his best to climb the ladder. One scam he tried to pull went wrong when he hired Cal and Lars to do a “hit and run” con. The con goes wrong when they try to trick the grandmother of Tuco Salamanca. Tuco then abducts Jimmy and the twins and threatens to kill them all for the scam. Jimmy gets out of it because of his Lawyer status, and then manages to leave the twins with a broken leg each instead of a bullet in the head.

The Black Canary Comes Crashing Out Of The Sky – Arrow

Season Three of Arrow has provided many big moments. We had the return of Slade Wilson, the rebirth of a character via the Lazarus Pit and the exposure of Oliver Queen’s secret identity to the one man who could destroy him. But, in the opening episode we saw Sara Lance as she was confronted by a mystery assailant (worth checking out who did it) who then went to shoot arrows into her chest and Sara then fell from a rooftop to the ground below, and was found by her sister Laurel. A shock death, which may be far from the end if the Legends Of Tomorrow trailer is anything to go by.

Series Eight of Doctor Who was a big curve. We got a new Doctor in the form of Peter Capaldi and we also got some great stories in the form of ‘Listen’ and ‘Flatline’. But, we had possibly one of the most shocking moments when Clara Oswald’s boyfriend Danny Pink died after getting hit by a car. Death is not final, as we see Danny’s mind (attempt to) and body changed to become a Cyberman. The tragic character then gets a chance to finally shine as he saves the world from destruction and sacrifices himself to free the world from the plan created by Missy.

A Massive Headache For One Series Regular – The Walking Dead

Beth Greene has unfortunately never had a huge presence in her time on the show. Actress Emily Kinney is such a sweet star and I think demanded more of a role, which is possibly why it wasn’t until the prison was destroyed that Beth really shined. After being kidnapped, she ends up in a hospital in Atlanta and finds it is led by a group of survivors (a number of them formally cops). The leader Dawn is seen to take interest in Beth, and manipulates her to help her plans. Eventually, the two come head to head and Beth stabs Dawn out of anger with a pair of scissors. Dawn instinctively shoots Beth in the head and is shocked herself at her actions, which results in Daryl putting a bullet through Dawn’s head.

Probably one of the biggest surprises in this TV season, Empire came from nowhere and became one of the most talked about shows of the year. Terrence Howard and Taraji P. Henson lead the fantastic cast about a former couple who own a record company and Howard’s character Lucious Lyon looks to name a successor between his three sons after he receives news that he has ALS. With all the clashes between brothers and the arrival of scene-stealer Cookie, it is when we see Lucious gun down Bunkie (Cookie’s cousin and his assistant) after Bunkie threatens him for three million dollars. Can you come back after committing murder?

Getting The Truth Without Saying A Word – Black Mirror

Black Mirror returned over Christmas with an extended special. We first see the two stars Matt (Jon Hamm) and Joe (Rafe Spall) as they are in a remote outpost. It is Christmas and they share stories about their pasts. It isn’t until the end we learn that the remote location is not real, and is in fact a digital creation which houses a copy of Joe’s consciousness. Matt is hired to learn the truth about the death of his former father-in-law and the child Joe believed to be his daughter. When the copy of Joe’s mind finally admits his part in the deaths, the real Joe is then arrested and Matt is then allowed to go after his own troubled past saw him arrested.

Matt Murdock gets into a rather bad fight; he winds up nearly dead after facing off against Wilson Fisk. Struggling to get to safety after the attack, Matt escapes home before he succumbs to the injuries he has suffered. Matt then collapses in his apartment just as Foggy arrives there to go and see him. Foggy is shocked to see that the intruder in the apartment is actually his long-time friend. The shock is hard to take for Foggy, but the emotions really flare up when Matt is patched up and they finally begin to talk. It is at this time that Daredevil really hit a peak, and we get to see a friendship come to pieces.

Well, this is only a surprise if you hadn’t read the books beforehand (or saw the internet at any time between 2011 and now). Jon Snow met his end when the men of the nightwatch acted out mutiny against their Lord Commander and all got their opportunity to stab him “…For The Watch”. Whether or not this truly is the end for Jon Snow remains to be seen as the storylines in the books have very much been seen on screen up to date. 2016 should see what happens next in both Season Six of Game Of Thrones and the sixth book ‘The Winds Of Winter’. For now, let us remember that solemn oath…

“Night gathers, and now my watch begins. It shall not end until my death. I shall take no wife, hold no lands, father no children. I shall wear no crowns and win no glory. I shall live and die at my post. I am the sword in the darkness. I am the watcher on the walls. I am the shield that guards the realms of men. I pledge my life and honor to the Night’s Watch, for this night and all the nights to come.” 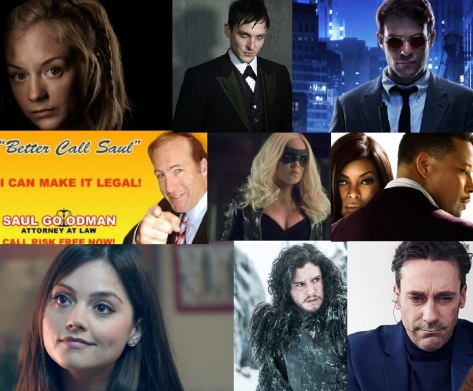