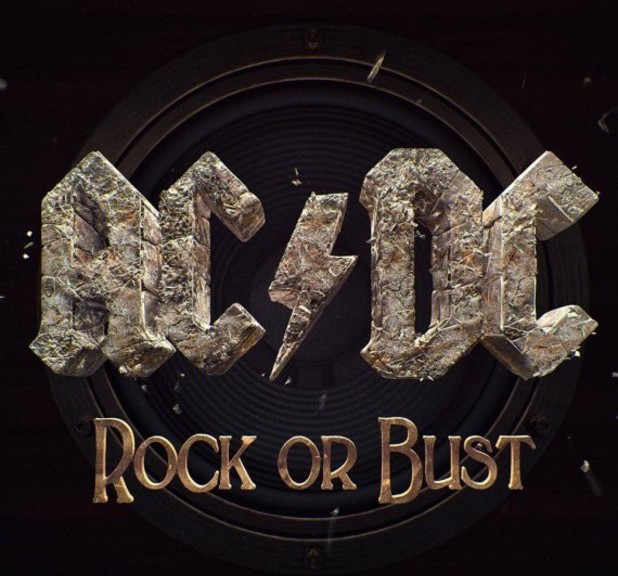 After months and months of uncertainty, AC/DC finally gave us that announcement which promised a new album by the end of 2014! The good news had a bittersweet taste to it though, as it was also made known that founding member and Rhythm Guitarist Malcolm Young was officially retiring as he had been diagnosed with dementia. Leaving only his brother Angus Young as the sole original member of the band which has had over forty years of success. With this, the band pushed on and decided maybe ROCK OR BUST without Malcolm Young can work. Well, considering all the press in recent weeks about their drummer being arrested and the “will they or won’t they” talk of a tour, it does show that the band have had a lot of mentions of recent.

So, what about the album itself? Well, we start with title track ‘Rock or Bust’ which gets the party started, it isn’t bad, but the riffs and beats are nothing new. The same for ‘Dogs of War’, it begins rather well and the voices over the chorus are great and give some atmosphere, but once again relegate this to a standard set-up. ‘Rock The House’ demands attention, but its direction unfortunately doesn’t help it. ‘Baptism of Fire’ sounds like a test for the band, the idea of creating music which has the same hook without the man who was the soul of the band since its inception back in 1973. Also the instrumental near the end is just a great excuse to break out the air guitar. The album reaches a conclusion with the lacklustre ‘Emission Control’ which tries too many trademarks from rock hits too work, but ultimately falls flat. From listening to this album, I felt as if I finished it quickly. There were a few times I felt like this was disappointing, but there are more highlights that just ‘Baptism of Fire’. So, I listened to it again and thought about them songs that really worked.

‘Play Ball’ brings us some life; the song sounds fun and is a nostalgic trip with a fun energy in its rock prowess. They just want to “play ball”, we may relate that to football, the US may go for baseball, and I think that is a great appeal as it does bring them sporting thoughts to mind. This album I think must have been difficult as the band lost what was probably one of their strongest parts, and I think this is felt in ‘Rock The Blues Away’ as they try to carry on, the track itself rocks us but never feels overpowering. The same can be said for the track ‘Hard Times’, especially after I heard that Brian Johnson found it difficult to work on ROCK OR BUST without Malcolm in the line-up. As if trying to state we can carry on the show, and they do so well. Almost a touch to some other music greats like The Who can be felt in this one. Then as we move on, ‘Miss Adventure’ continues this feeling of nostalgia but manages to make it a more general nostalgia while creating another great sounding song; this is the kind of music you expect from this band. The rhythm work on ‘Got Some Rock & Roll Thunder’ is superb; this is when the band can really shine when they create riffs which stand out. ‘Sweet Candy’ is another song which rocks, is fun and makes you want to wave those imaginary guitar picks into the air after you’ve pretended to strum along.

So, for fans of AC/DC, you should already have this album in your possession. It’s no big revelation or in any way going to be the best album of their careers, but AC/DC managed to make a selection of tracks which will keep you rocking. It may be sad to think that most press has dealt with either Malcolm Young’s poor health or the arrest of drummer Phil Rudd, but we can be thankful that good music can still prevail. Not as enticing as 2008’s Black Ice, but goes to show that the old ones can still give the new ones a run for their money.

One thought on “AC/DC – ROCK OR BUST”